I've ranted quite a bit about clumsy and excessive parallax scrolling effects on web sites recently. Following Adobe's announcement that they are making this kind of effect simple to do via a WYSIWYG authoring tool, I'm bracing for another glut of sites with this effect. Some might be beautiful. Many will not. 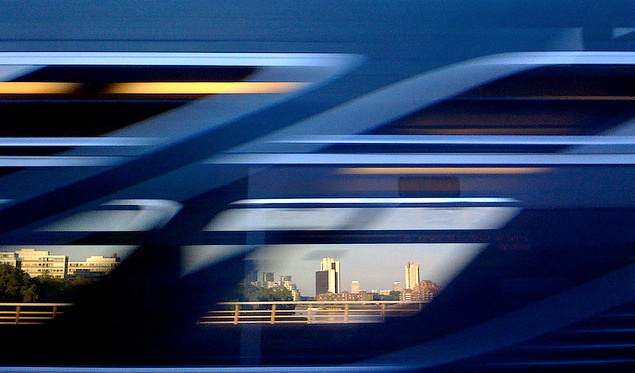 And so what? What's the problem with recognising the desire for this visual effect and providing a tool to help deliver it? Well first of all, I'm still wary of WYSYWIG authoring tools. I'm just not convinced that they capture the subtlety and nuance of crafting experiences in the browser that perform well everywhere, gracefully degrade and are future friendly.

"a sophisticated effect that you can apply without writing any code"

My fear is that this trendy effect has been popping up a lot and is rarely done in a way that shows care for page-weight, performance or perceived performance. Making it easier to do without knowing the code or the considerations seems like a storm brewing, to me.

The term parallax is getting used for any visual effect triggered by scrolling. Of course, that's not the correct use of the term. Parallax is the effect you get when objects move at different speeds in different planes, giving the impression of depth. It's not parallax when objects spin, explode or woof when you scroll.

But those often seem to go hand in hand on sites that use this to excess.

To be clear, I'm not apposed to this kind of visual effect. Only when it is delivered gratuitously or with no consideration to the experience of the user (and that includes their bandwidth costs).

Back in early 2008, Paul Annett blogged about how Clearleft had implemented a beautiful example of a parallax effect on the Silverback site. This example got quite a bit of attention at the time and was done with care and attention, was not bloated or self indulgent, and degraded thoughtfully.

Let's hope that those using Adobe's new auto-web-shizzle tool give the same thought and consideration when they start churning out more of these.